rendezvous
on the
reserve

HISTORY OF THE RENDEZVOUS SITE 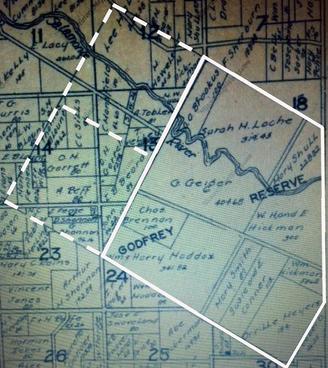 The Godfroy Reserve was one of the reservations set apart for the use of the natives who still occupied portions of Indiana at the time of the third treaty of St. Marys, in October, 1818. Under the terms of this treaty all the land lying west of the Twelve Mile Purchase and south of the Wabash River was given up by the Indians, with certain reservations of lands.

One of these being the Godfroy Reserve—a tract of six sections lying along the Salamonie River, contained six sections, Harrison Township and 344 acres of this was in Jay County, sections 17-20. Myaamia under the rule of Francois Godfroy were living on this farm for eighteen years before the first white settlers came to live in the vicinity.
Long before the Miami claimed these lands as their own, nomadic bands of ancient people roamed much of Indiana. This is also true for the area of the Godfroy Reservation. We know this because of the evidence left behind. Projectile points, stone tools and slate decoration have been found here in great numbers over the years. Many, if not most, of these artifacts pre-date the Miami occupation by hundreds and sometime thousands of years.  Artifacts from known camp/work sites have spanned thousands of years. It is obvious that this area was significant to those early inhabitants. It should come as no surprise that this area was personally chosen by Francois Godfroy as his second home. Even in his day, this area was known for plentiful bounty in its rivers, streams and forests.